How Garden OB/GYN Is Handling COVID-19

Chlamydia - A Devastating STD With A Pretty Name 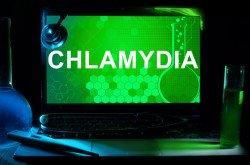 Chlamydia Trachomatis? What is this? I know, it sounds like the name of some ancient royal, "Presenting your highness, queen Chlamydia Trachomatis"...NOT!
Actually, Chlamydia is a common sexually transmitted bacteria. It is estimated that 4 million people in the US are infected...wow! it is most prevalent among teenagers. Chlamydia is the most frequently reported STD in the United States. In 2008 there were over a million reported cases (double wow)! and this may be substantial under reporting, because this little bugger usually has no symptoms. That's right! It’s not called, the silent STD for nothing.

What Are The Symptoms Of Chlamydia?

If there are no symptoms, how do I know if I have it? I'm glad that you asked. Although there are usually no symptoms, some patients may c/o vague, nonspecific abdominal pain, urinary burning, and men may complain of, a clear, mucoid, discharge (which may be mistaken for semen). If these symptoms do appear, they may disappear quickly however, the bacteria is still doing its thing, wreaking havoc on your genital tract! Not very nice, I know.

Symptoms usually occur 10-14 days after exposure. Patients that contract Chlamydia, may also be at risk for other STD's (oh great)! like Gonorrhea, Syphilis, or Hepatitis. These guys usually travel in packs, like wolves.

How is Chlamydia Transmitted?

Chlamydia can be transmitted through vaginal, rectal, or oral sex. If left untreated, infection with Chlamydia can lead to a condition called, PID or Pelvic Inflammatory Disease. This is an infection of the uterus, and fallopian tubes, which can cause an abscess, or sterility...Yipes!!!

How Is Chlamydia Detected And Treated?

Ahhh! But there is good news! Chlamydia is easily detected. Many Gynecologist can now test for Chlamydia at the time of annual Pap smear. (Another very good reason to have your annual pap girls), and it is easily treated with antibiotics. Of course the best prevention ladies is a condom. Actually, the best prevention is abstinence but, that is a bit unrealistic huh?
So, that's the story of Chlamydia, a quiet, sometimes devastating STD with the pretty name.